Drivers at a major mall had to wait three hours to leave a congested parking lot, prompting some to drive back to Uber and return later.

The Father’s Day shopping chaos at Chermside shopping center in North Brisbane was posted in a video on social media this week.

It showed idling cars lined up in driveways waiting to get out, some trying to get out of spaces and nearly crashing into other stuck vehicles. 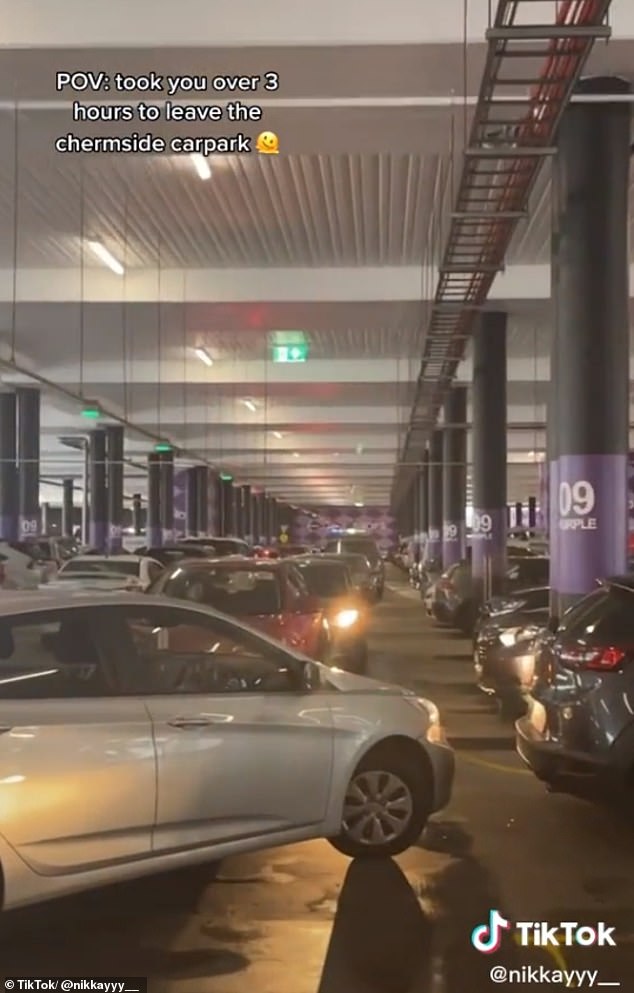 Some commentators have questioned why shoppers in Brisbane head to busy malls on rainy days (pictured, cars trying to pull out of busy parking lot)

A father told the Courier Mail he tried to leave the Westfield car park at 12.20pm but only moved ‘four spaces in two and a half hours’.

His partner took their children to lunch while he waited in the car, but when she returned their vehicle had not moved.

They decided to park up and take an Uber home.

“Not the best way to spend a Saturday afternoon,” he said.

Center management told drivers over loudspeakers to leave their vehicles and return to the stores.

Clare Miller had it easier after taking less than two hours to get out, but warned buyers to steer clear. 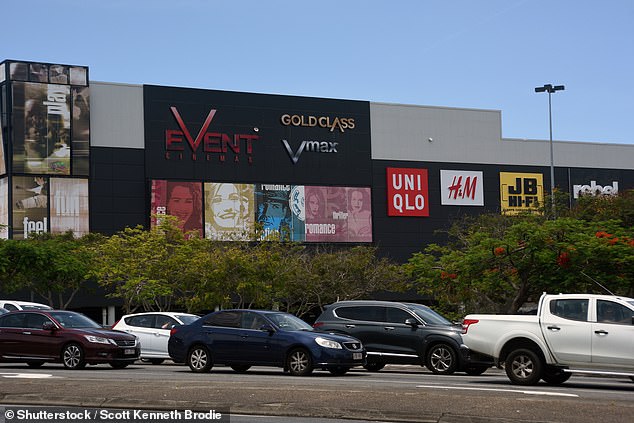 ‘Avoid Westfield Chermside today unless you want to spend your Saturday in a car park again,’ she wrote on social media.

“It happens every time it rains here in Brisbane. Nobody can think of anything else to do with their weekends, so they go to the Westfields,” she said.

“Why did everyone decide to be here today? My road rage almost emerged,” another asked.

Others said Chermside was not the only shopping center to experience traffic jams on Saturday, with busy car parks in city centers.

A driver at Westfield’s North Lakes Shopping Center said the situation was so serious that she called the center to ask them to open the ramp doors, which she did.

The recent forced closure of Toombul Shopping Centre, 5km from Chermside, after extensive flood damage, is believed to be one of the reasons for the extra footfall in Chermside.

Locals have demanded changes to a main road in Chermside outside the popular shopping centre.

The 12-lane Gympie Road is a slow place for commuters and one of the worst places for traffic accidents.

“You now have traffic jams in Brisbane at the weekend. It never happened,’ Mr Elliott told the Brisbane Times.

“All that’s happened is that we’ve doubled our population in the last 15 years and just put more cars on the road.”

He said Gympie Road should become a short tunnel similar to the successful Nundah Bypass in the same area.

Westfield has been contacted by Daily Mail Australia for comment. 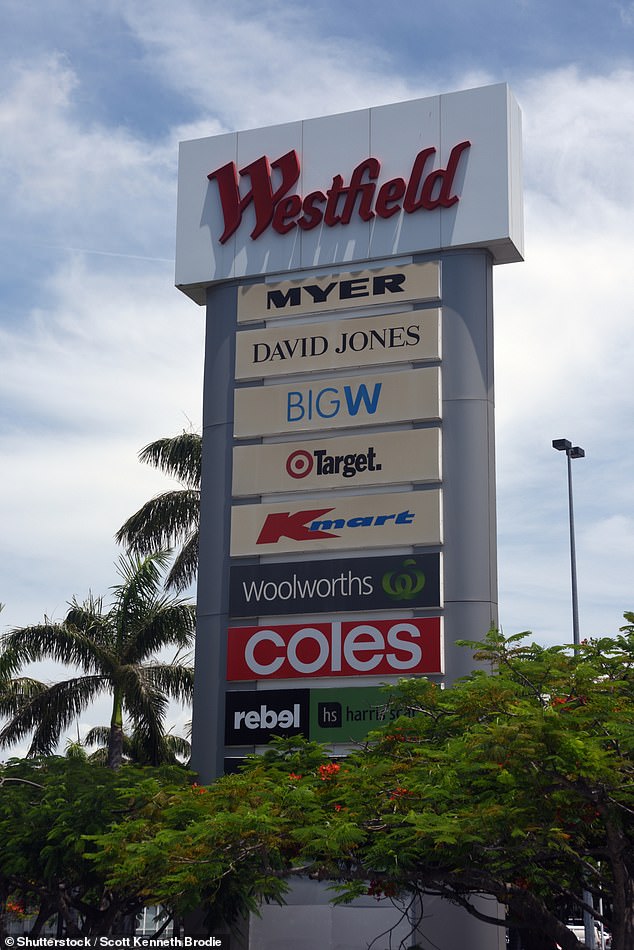 New rental towers could be coming to the Brampton Mall

Every mall in Johor Bahru for your retail therapy