PCR sample collection staff in a Hongkou community carrying out mass screening over the weekend.

More than 30 COVID-19 cases in Shanghai have been attributed to two cluster infections at a downtown shopping mall and a beauty salon, according to the Shanghai Health Commission.

The Suning.com Wujiaochang store at 585 Handan Road in Yangpu District on Friday became a medium-risk area after two positive cases.

Citizens are urged to check for traces of the new infections, which have been made public on the city’s COVID-19 news outlet and Shanghaifabu Wechat account.

“If your trips coincide with the positive cases, please take a PCR test in time,” Zhao said. People with symptoms such as fever and cough should go to fever clinics quickly.

Sixteen infections have been traced to those who visited Suning.com Mall in Wujiaochang Mall. Their 515 close contacts and 540 secondary contacts are under quarantine, while some 28,000 risk groups have been tested. All have tested negative. 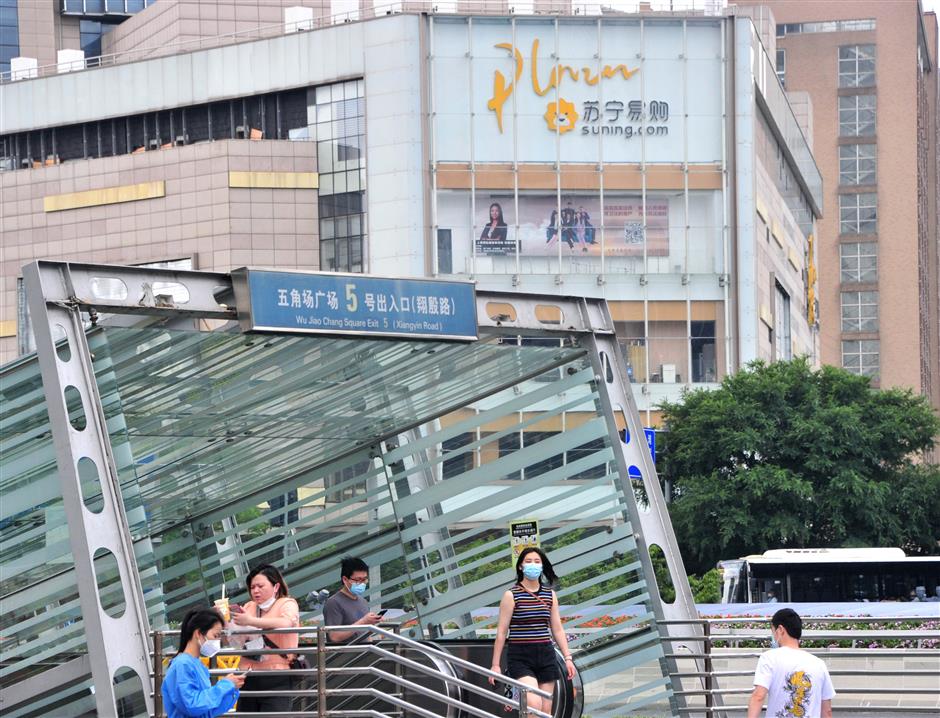 The hair salon, which has been in the spotlight due to its citywide outreach, has been the source of 15 infections, including 10 employees, their four close contacts and one client. Five of them are asymptomatic cases.

Nearly 600 close contacts have been traced, while some 470,000 citizens have been screened. All have tested negative. Sixteen environmental samples from the hair salon tested positive.

Four Xuhui officials, including the deputy head of the district market watchdog, were punished for the cluster infection at the beauty salon, which failed to conduct daily nucleic acid tests among its employees because it is compulsory, according to the Xuhui government.

Due to the recent outbreak in service businesses, local restaurants will continue to only provide online delivery or takeout services, said Lai Xiaoyi, an official with the Shanghai Commerce Commission.

The timing of the reopening of catering services depends on the pandemic situation, Lai said. 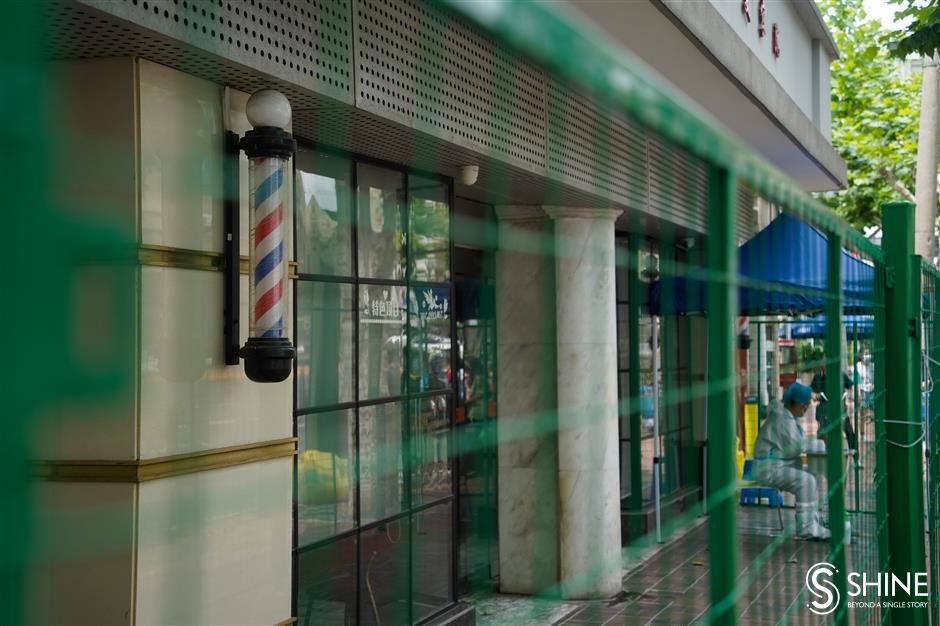 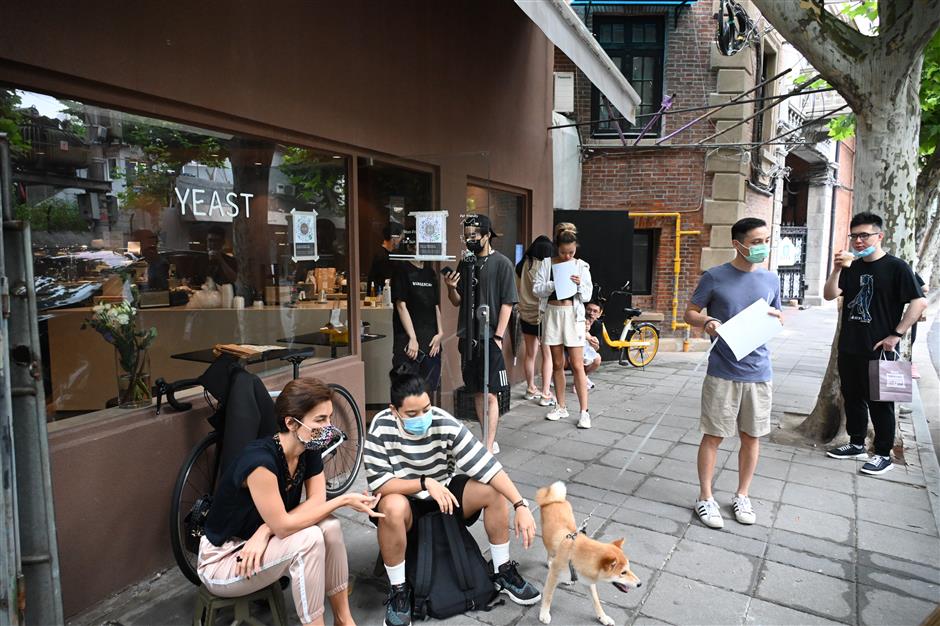 Customers line up at a downtown cafe.

Hair and beauty salons must set up online reservations, stagger their clientele and limit the flow of visitors. Towels, capes and other styling tools must be replaced and sanitized for each client.

All employees in the restaurant, hairdressing, housekeeping and other life services sectors must take daily PCR tests. Meal delivery staff must take a PCR and antigen test every day, Lai said.

Shanghai has reported more than 40 community infections in 13 districts since the city lifted its two-month lockdown on June 1.

They were mainly detected among gatherings of people at local families and public sites, while a growing number of service sector employees were implicated, according to the health commission official.

On Sunday, the city reported five community cases of COVID-19 and designated five more areas in four districts as medium-risk spots. This brings the total number of such zones to 36.

One confirmed COVID-19 case with mild symptoms and four asymptomatic cases, ages 42 to 68, were reported in Jing’an, Qingpu, Xuhui and Chongming counties. 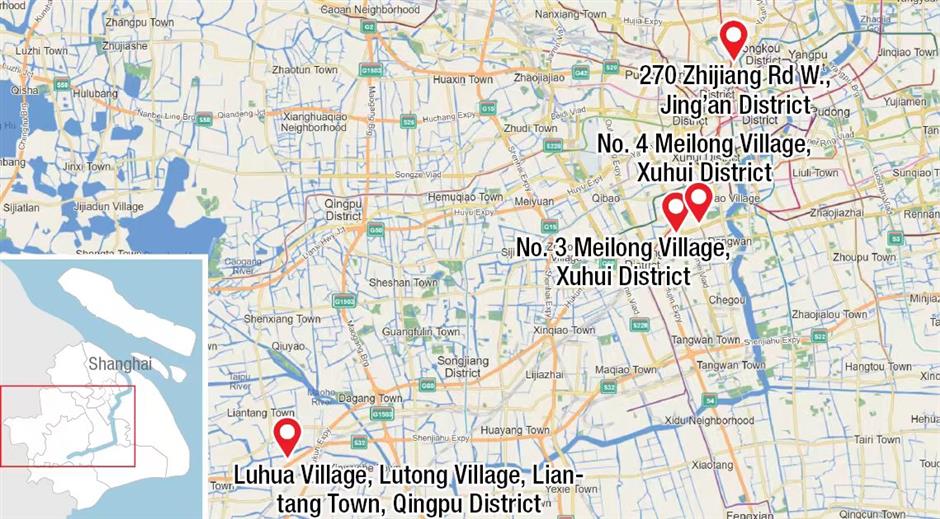 Five locations in Jing’an, Qingpu, Xuhui and Chongming counties were flagged as medium-risk areas on Sunday. 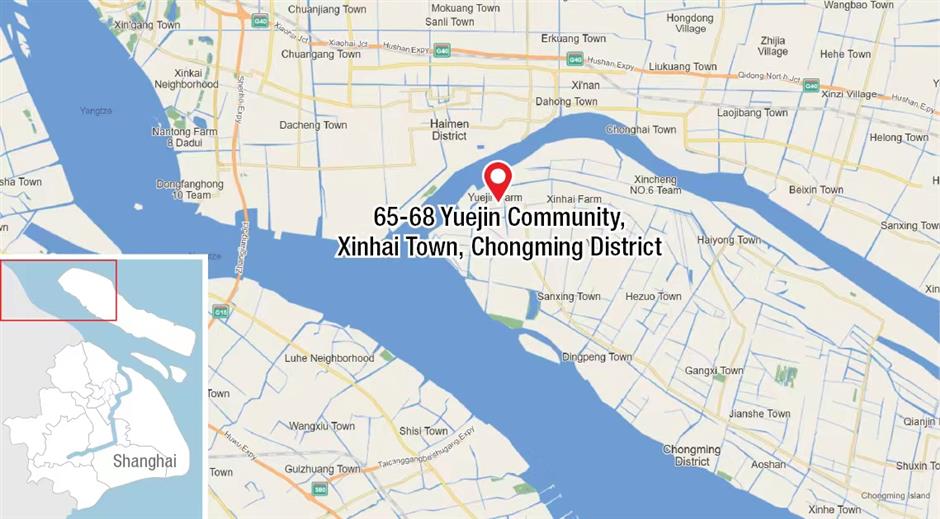 I raised my child in a mall