On August 20, 2002, horror punk supergroup Murderdolls – fronted by late Slipknot drummer-turned-guitarist Joey Jordison and vocalist Wednesday 13 – released their debut album, Beyond The Valley Of The Murderdolls, on Roadrunner Records.

Additionally, Acey Slade and Eric Griffin will be hosting a free in-store meet and greet at Blackcraft Cult Salem on Sunday, August 28 from 4-6 p.m. (located at 253 Essex St. in Salem, MA).

Can’t make it to Witch City USA? Its good! We will be streaming the party live on our Instagram, TikTok and YouTube pages.

The website may feel a little empty right now, but keep your eyes peeled over the coming weeks and months for new content.

Welcome to the weird!”

What if Russ Meyer and Jason Voorhees were a band…you’d have the Murderdolls. The Murderdolls burst onto the hard rock music scene in August 2002. The band took over the music world at a time when the scene was awash with Nu Metal and craving something a little different. The Murderdolls stood out with their tongue-in-cheek lyrics ranging from necrophilia to cross-dressing and music that was a cross between the hard rock of Motley Crue and Alice Cooper with the punk attitude of the Misfits and New York Dolls. The result was musically, lyrically and visually polarizing.

In the summer of 2003, the group’s tenacity paid off. Tours with Iron Maiden, Papa Roach and the Foo Fighters around the world and a UK top 40 single with ‘White Wedding’ made the band a fan favorite in Metal Hammer Magazine (Best Over All Band, Best New Band, Best Album Sleeve, Metal Edge Magazine (Best New Band), Kerrang (#1 Best Album) and Rock Sound.

The band went on hiatus so guitarist Joey Jordison could focus on his other band Slipknot and aside from the 2010 album Women and Children Last, the band have been in a purgatory of obscurity and urban legend.

On May 9, 2018, drummer Ben ‘The Ghoul’ Graves died of cancer and there was a Murderdolls reunion for a show in Los Angeles on August 16, 2018. Discussions of a 20th anniversary celebration began in the spring 2021 and the groundwork was laid when guitarist Joey Joridison, who suffered from transverse myelitis, died on July 26, 2021.

While the group is currently inactive, the legacy of the Murderdolls deserves an official location. Anchoring that flag are surviving members Acey Slade along with Eric Griffin. 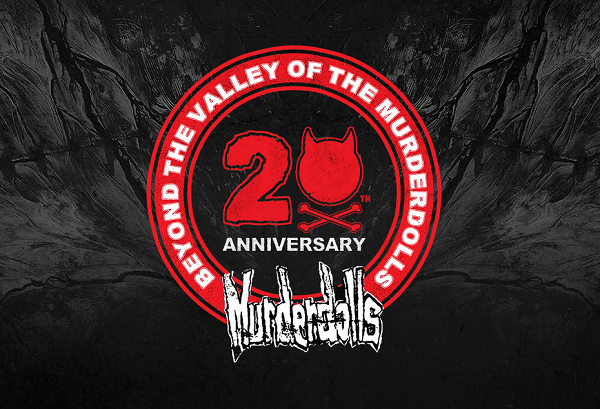 From Iceland – A terrorist website was hosted in Iceland