New rental towers could be coming to the Brampton Mall

A rendering of a downtown Bramalea redevelopment project in Brampton. (Photo courtesy of Urban Toronto)

Several new apartment buildings, an urban plaza and other improvements could be coming to downtown Bramalea in Brampton.

Development company Morguard Corp. is looking to tear down part of the mall to make way for new apartment buildings, parking, and a host of new amenities.

The revamp could see the demolition of the now-closed Sears department store in downtown Bramalea to make way for four rental apartment buildings, a commercial building and an urban plaza for 1,000 new units and around 650 square meters of new commercial spaces, according to a development. proposal to the city.

The proposal also includes a two-storey underground parking structure that can accommodate 360 ​​parking spaces, and the development would also share the mall’s existing parking garage for a total target parking rate of approximately 0.7 parking spaces per unit. . 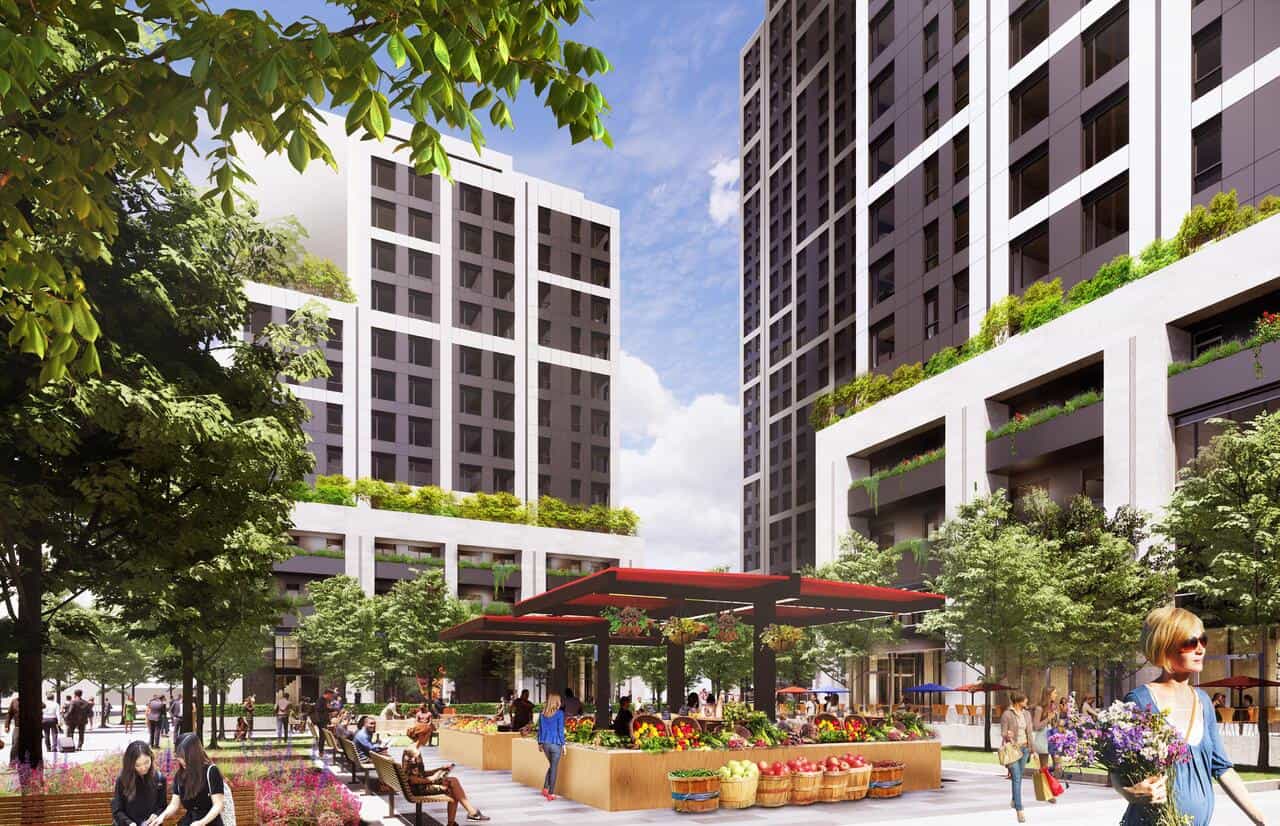 ARK—Petroff Architects is leading the redesign of downtown Bramalea for co-owners Morguard Corporation and BCC Equities Inc., and could fit into city plans to relocate Peel Center Drive and upgrade infrastructure in the Dixie tributary running down the western portion of the mall property.

A landscaped multi-use pathway would also be added to the east side of the open channel, creating a green pedestrian link through the site.

The proposal is currently under review with the city’s planning and development department and would occupy approximately 1.4 hectares of the mall’s 33.2-hectare footprint.

Bramalea City Center is the fourth largest enclosed mall in Ontario and the seventh largest in Canada, with over 300 stores and services.

Every mall in Johor Bahru for your retail therapy

Uber Eats is expanding its offer to become a… virtual mall?